Some weeks ago, Arthur Kar stunned the world (and almost broke the internet) with his retro-futuristic art car created in collaboration with Porsche. Now that the Instagram storm has subsided, we had a chat with Arthur during a night drive around Paris in his Porsche 968-based L'Art Car. 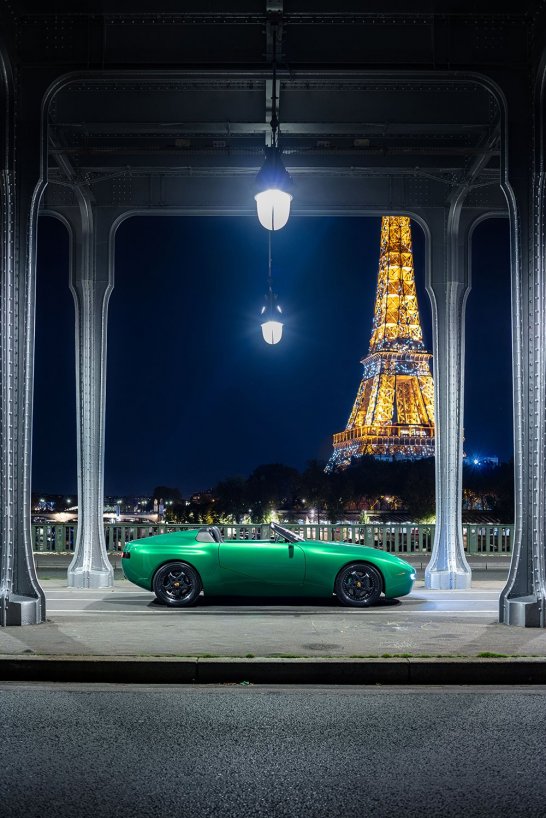 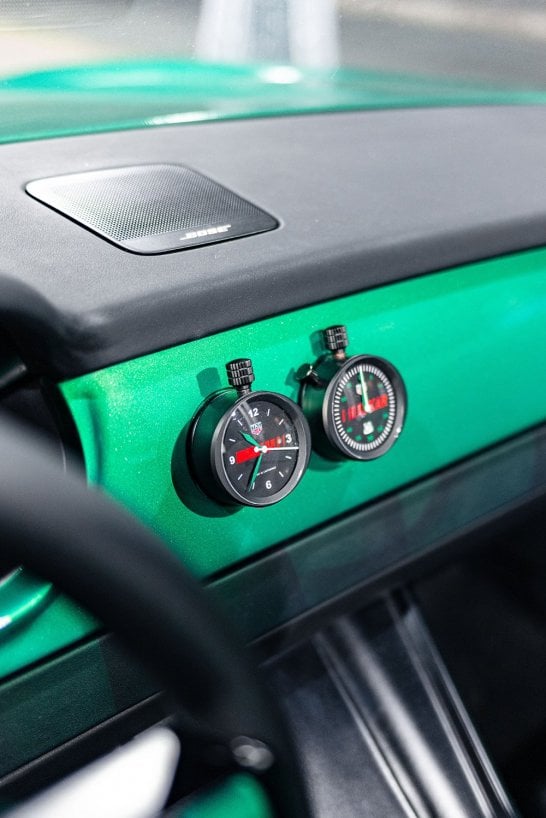 Night time in Paris is always magical, but sprinkle that with Arthur Kar’s latest vision and the hairs on the back of your neck will tingle. After the hype of the recent reveal of the 968 L’Art, we took a night drive around Paris with Kar to hear all about this amazing collaboration with Porsche. 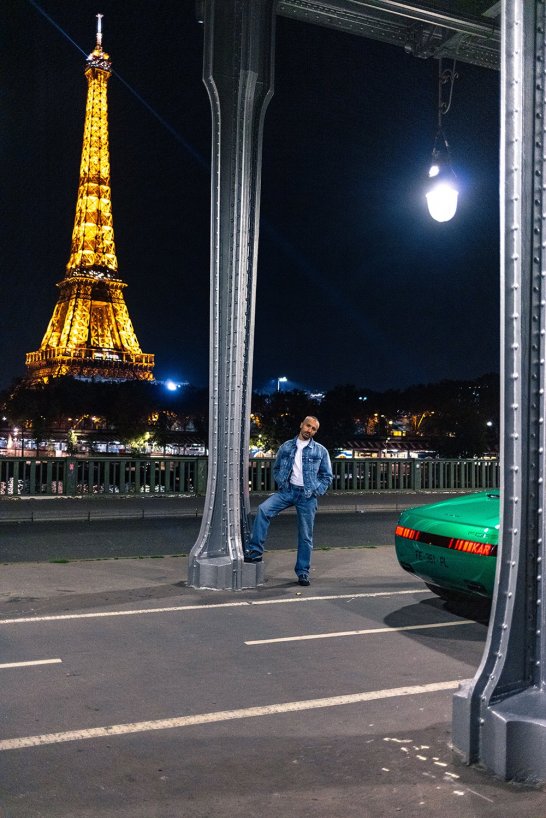 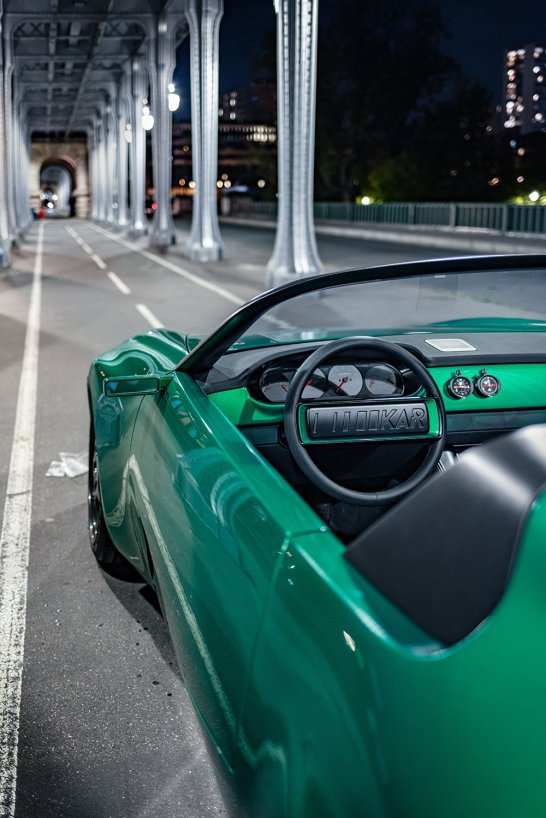 I contacted Porsche because I love the brand and have history with them — I used to be a mechanic and worked on a lot of their cars. So, we agreed to do a collaboration and said "you're free to do what you want." But then they had a think about it and asked if we would be interested in focusing on the 944, 928, or the 968. In 2021 the 968 is 30 years old, and I though it would be a nice challenge so we went with that - I’ve always had a soft spot for that car.

Amazing, the 968 with its great 90s styling is a car that deserves more recognition. The car you have built is clearly more than just a body kit and paint?

A lot of people call their projects art cars after relatively simple modifications such as wheels or paint. Personally, I don’t consider that an art car. There's also a lot of people doing this work in a very professional with a mechanical focus like Alois Ruf, who I have huge respect for, but we wanted to do a design car that conveyed L’Art’s vision. 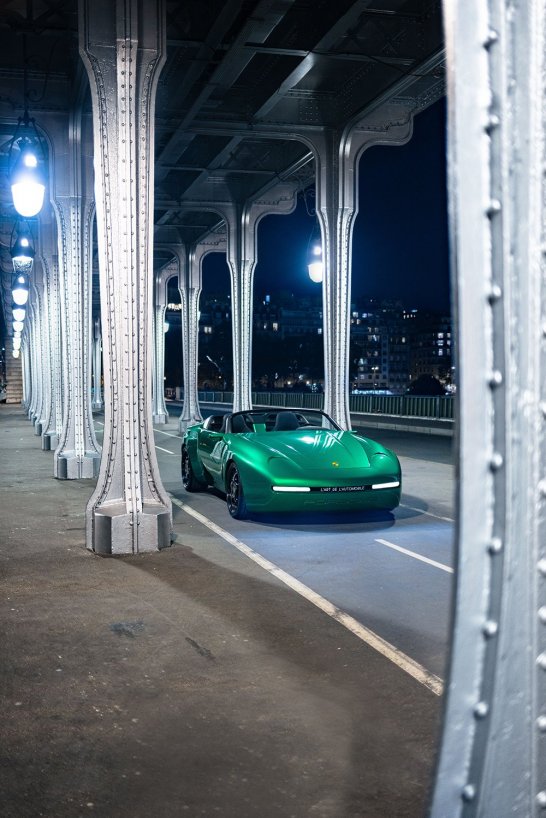 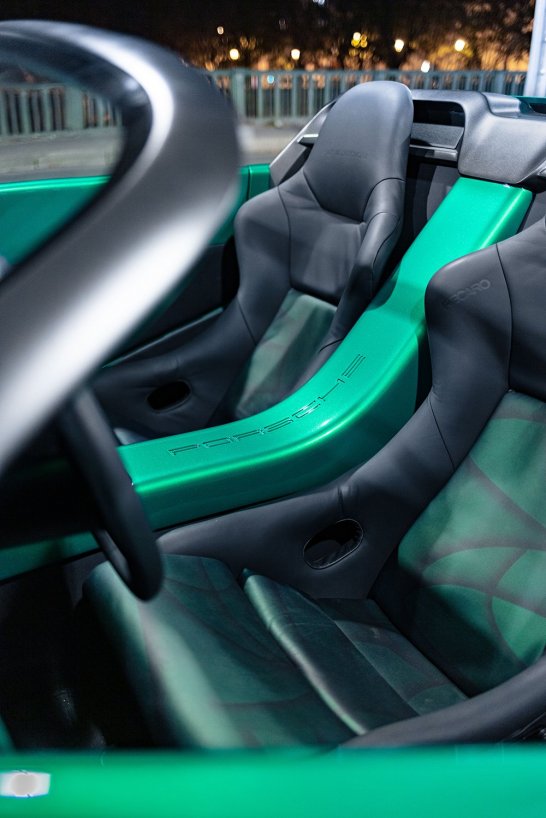 In recent years you have transcended cultures with your clothing drops and clever collaborations, was this the next logical step?

We are opening a new door and Porsche have placed their trust in us, so we have to show them they made the right choice. Otherwise, they will maybe do a collaboration with an artist or a brand. We wanted to show L’Art’s interpretation of the 968 based on the things we love about the Porsche Brand. So, we placed the car in my office and my team and I walked around the car for a few hours, discussing what we liked and didn’t like about the original 968. That’s when we decided to completely rework the car’s exterior. 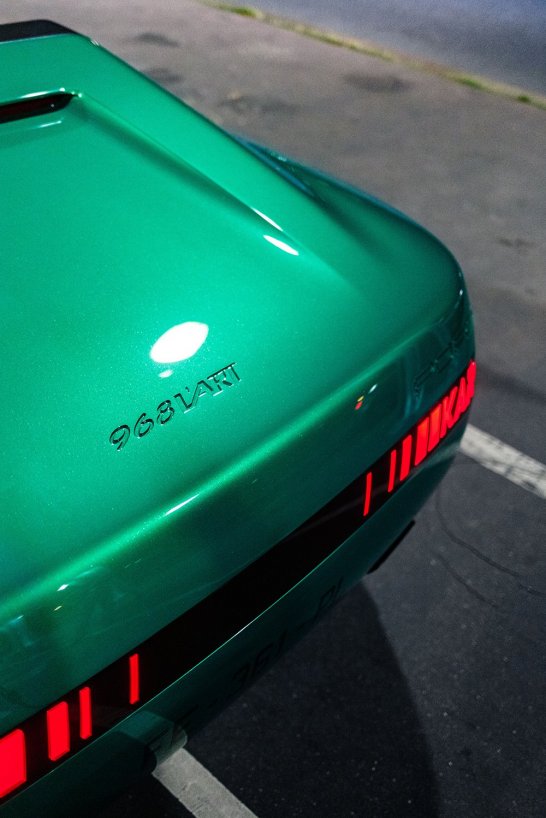 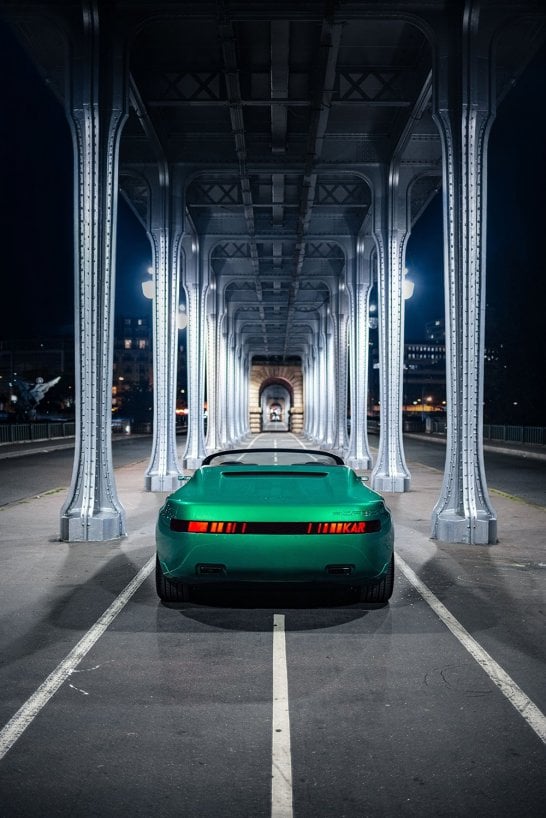 It’s very clever, the car is still recognisable as a 968, but at the same time it’s totally different!

30% of the chassis has been cut away, and every exterior panel has been changed. The car is lighter, but not because we were trying to save weight - it was by-product of us expressing our vision. Every single detail of the car has been designed by us as a team. A lot of details of the car are really related to what we have done in our past experiences with my brand, so I hope people notice some familiar L’Art touches.

We wanted our vision to be evident in every single detail and line of the car. You might ask "how did you design a car? You're not a car designer, you didn't go to design school." Of course not, but myself and the rest of my team have a background in design. I hired a car designer and I told him, "You know how to use the tools needed to design a car, and we have the vision for what we want the design to be. So we expressed our vision through a designer who knew how to use the necessary software, and now that designer is a part of our team.” 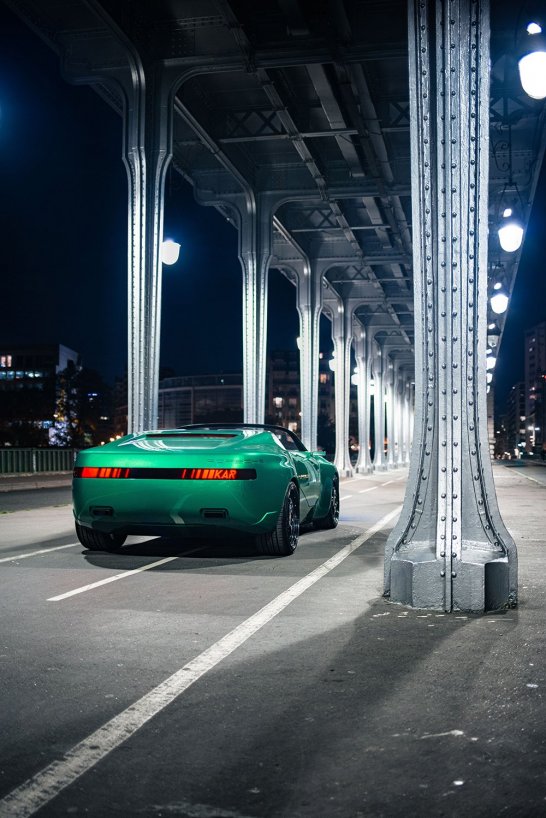 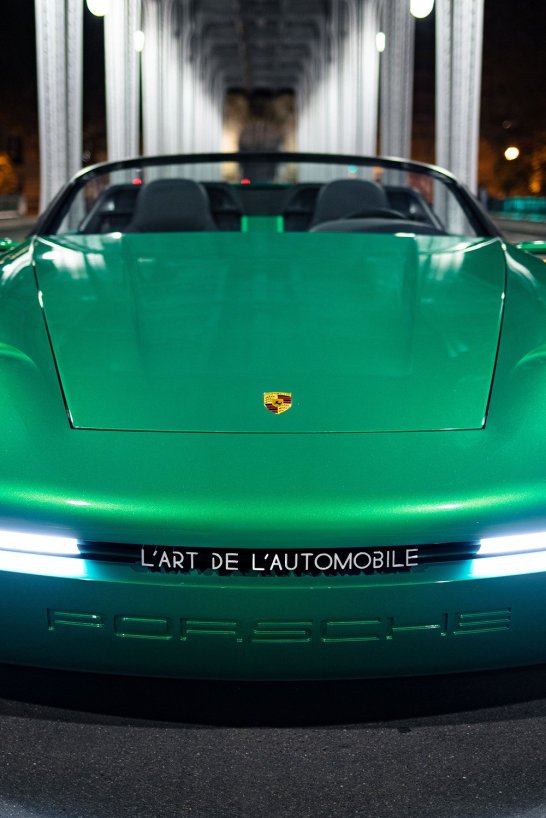 We built the car exactly to our vision, wether people like it or not is up to them. To have a company like Porsche, in these modern times, trusting us to push the boundaries is one of the most beautiful things in the world and a real privilege.

Car businesses have started to become like fashion collaborations. Who is THE one? Who is the most famous on Instagram? Let's do something with them. But that doesn't make any sense. It's two big names, selling a product to somebody who's going to be a fan. I don't consider myself famous or a big designer, I just have a really clear vision based on my experience and tastes within the car world. To have a company like Porsche believe in our vision is amazing. 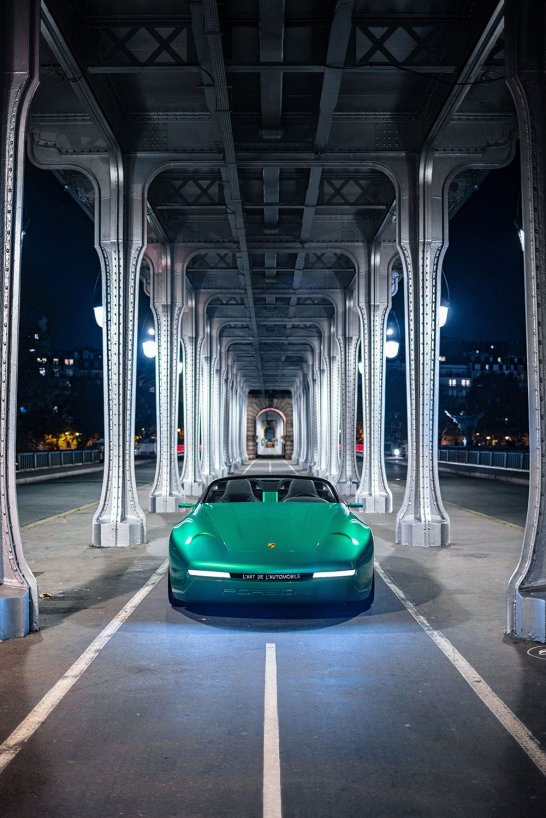 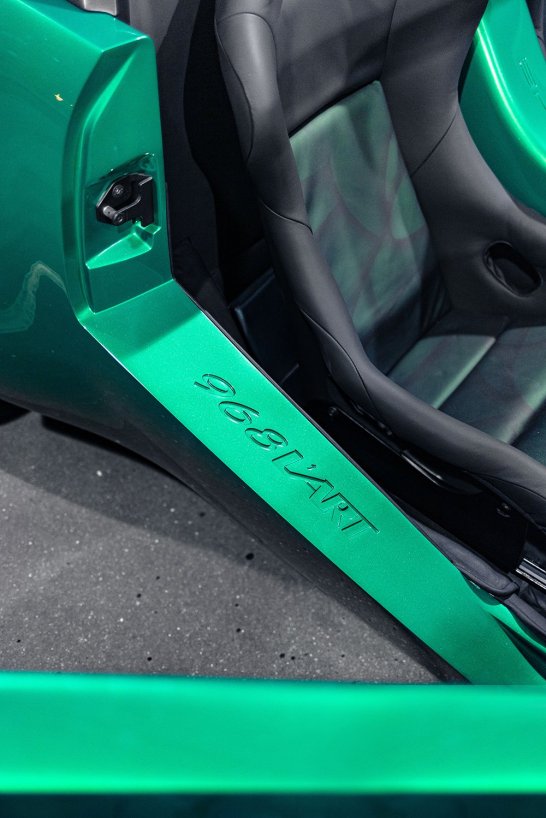 And Did Porsche have any kind of sign-off on your design, or did they just completely give you control?

I told them I will come back with an example of what I want to do. I showed them the initial sketch, the sketch isn't what it is today, but it was the starting point for our vision. And because they understand and believed in us, they said, "this is crazy." And from there we had free rein, you know, just like when somebody takes you to the Autobahn and says, "you can go... until you stop, you can go flat out, there is no limit." This is how I felt, so I pulled the team together, and I said, "let's go."