he Bizzarrini 5300 GT Strada was developed by the same engineer who created the Ferrari Breadvan, the original Lamborghini V12 engine, and the legendary Ferrari 250 GTO.

When he was developing the 5300 GT Strada, Giotto Bizzarrini drew on all of the lessons he had learned working at Alfa Romeo, Ferrari, and Lamborghini to create a vehicle that was essentially a new and improved 250 GTO designed for endurance racing.

Giotto Bizzarrini And The Night Of The Long Knives

Known as the “Night Of The Long Knives,” the walkout of senior engineers and a number of other staff from Ferrari in 1961 changed the face of the Italian automaker forever. 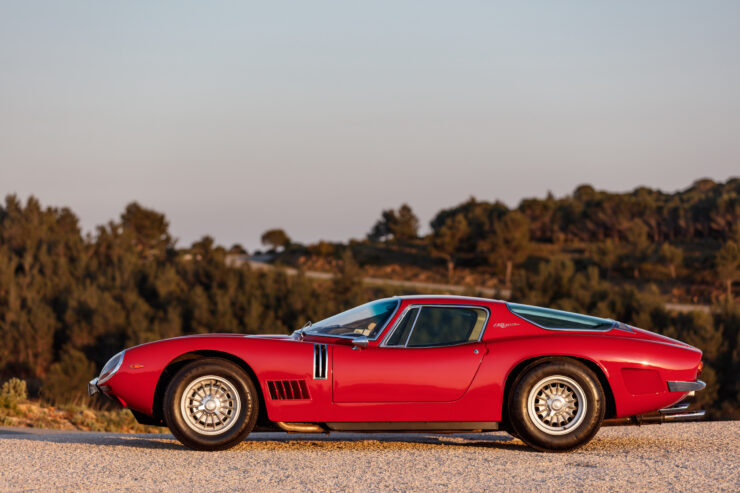 The 5300 GT has excellent aerodynamics by the standards of the 1960s, Bizzarrini used all the lessons he learned developing the Ferrari 250 GTO in the development of the new Le Mans challenger.

The events had been caused by friction between Enzo Ferrari’s wife and sales manager Girolamo Gardini – the two had frequent, heated disagreements about company operations.

Enzo Ferrari called a meeting, the result of which was a mass walkout of critically important staff. Many believed it would be the end of Ferrari, but the company survived and the engineers who left went on to have a major impact on the Italian automotive world outside of Ferrari.

If it wasn’t for the above events the Bizzarrini 5300 GT Strada would likely never have been built. Giotto Bizzarrini had been a critical development engineer at Ferrari, he created the 250 GTO prototype using his own personal 250 GT SWB as a mule that he would nickname “Il Mostro” or “The Monster” due to its unappealing looks.

Giotto Bizzarrini had started his working life in 1954 working at Alfa Romeo’s “Servizio Esperimenze Principali” as a test driver and engineer. He was then headhunted by Enzo Ferrari in 1957 as a test driver, before quickly being promoted to chief development engineer at the age of just 31.

“I became a test driver who coincidentally was also an engineer, with mathematical principles. I always needed to know why something fails, so I can invent a solution.” – Giotto Bizzarrini

After leaving Ferrari a number of the engineers including Carlo Chiti and Bizzarrini founded Automobili Turismo e Sport (ATS) to develop and build a Formula 1 car and a GT sports car.

In 1962 Bizzarrini founded Società Autostar and one of his first major clients was Ferruccio Lamborghini, who hired him to develop an all-new V12 engine for his planned luxury GT car. A car that he was having developed specifically to get back at Enzo Ferrari after the two men had had a falling out.

The Bizzarrini 5300 GT was closely based on the Iso Grifo that had been designed by Bizzarrini in the mid-1960s for Iso.

The Bizzarrini used an advanced (for the time) welded unibody structure with an exceptionally low roofline, and long low hood, and an engine mounted as far back as possible, making the car front-mid-engined.

The A3/C and the subsequent 5300 GT was designed specifically for racing at the 24 Hours of Le Mans which it did with some success, winning its class at the 1965 Le Mans.

Power is sent to the rear wheels via a 4-speed Borg Warner T-10 manual gearbox and a limited slip differential, Dunlop disc brakes were fitted at all four corners. The car weighs in at a relatively light 1,200 kgs (2,646 lbs) thanks to the alloy body, and it rides on independent front suspension with de Dion tube rear suspension.

Given the solid gold heritage of the Bizzarrini 5300 GT they always attract some attention when they come up for auction. The example you see here has been completely restored by Salvatore Diomante in Italy, the former head of the Bizzarrini factory.

Bizzarrini specialist Jack Koobs de Hartog has inspected this car twice and certified its originality. It’s now due to cross the auction block with RM Sotheby’s on the 19th of November with a price guide of $850,000 – $1,100,000 USD. If you’d like to read more about it or register to bid you can click here to visit the listing.