n the occasion of the Italian Grand Prix at Monza, a Fuori Concorso party was thrown in Milan, where five glorious racing cars graced the glamorous Villa Necchi Campiglio… 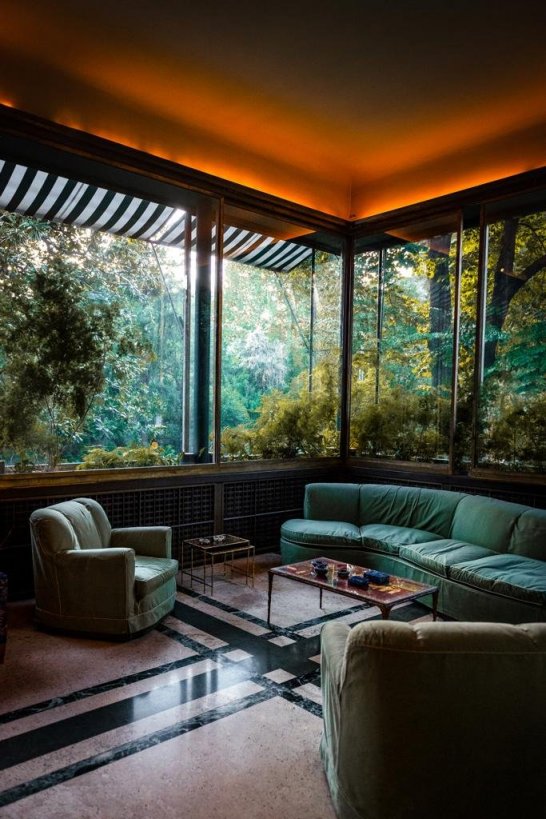 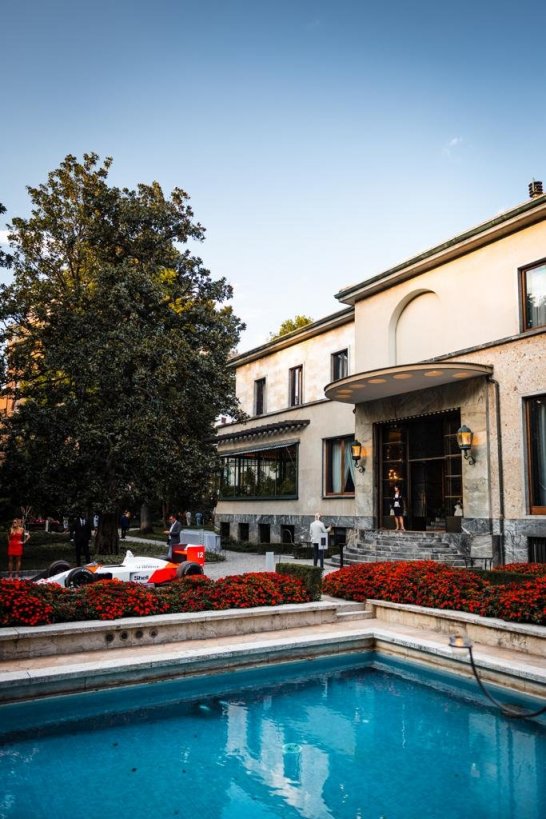 The Villa Necchi Campiglio is without question one of the most elegant buildings in Milan. Commissioned by the industrialist Necchi Campiglio family in the 1930s and built by architect Piero Portaluppi in the style of Milan’s Novecento, the villa symbolises the city’s departure into modernity with its contemporary halls, lifts, indoor phones, tennis court and heated swimming pool.

During the Second World War, the Villa Necchi Campiglio was occupied by Mussolini’s fascists and used as a command centre, before it was taken over by the British and subsequently used as the Dutch consulate. Today, the estate is owned by the Italian national trust Fondo Ambient Italiano and, in addition to the original furniture, also boasts a large collection of paintings. It has also become known around the world thanks to its use as a film set – in 1980, Ornela Muti tried to tame the unruly Adriano Celentano in Il Bisbetico Domato and in 2010, Luca Guadagnino shot the cult film I am Love with Tilda Swinton at the villa. 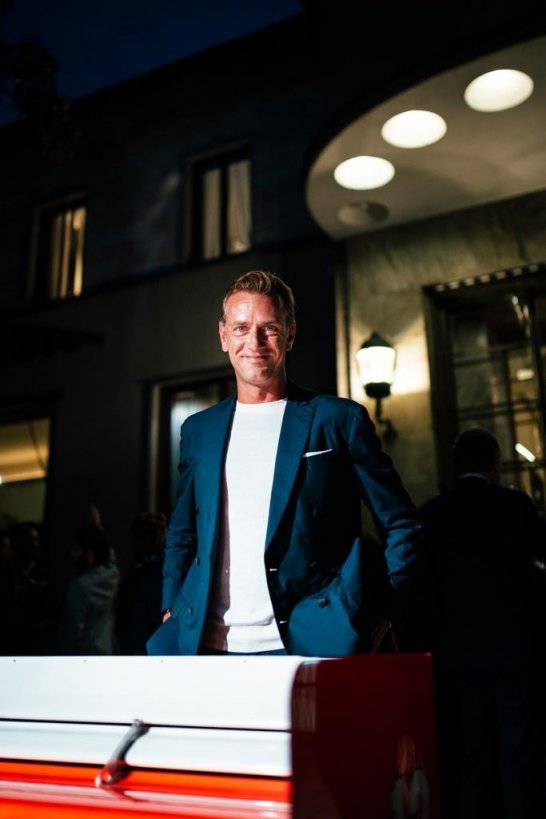 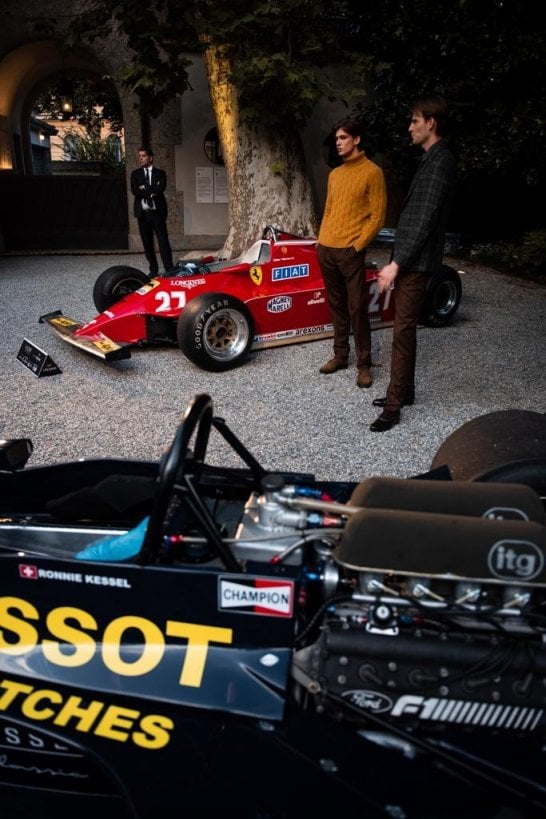 The Villa Necchi Campiglio has thus seen a lot over the years. And yet, the Fuori Concorso Monza, which rang in the Italian Grand Prix with a glamorous party on Saturday night prior to the race, marks a first for the venerable building. Guglielmo Miani, Fuori Concorso’s founder and the fashion entrepreneur behind the event’s title sponsor Larusmiani, succeeded in bringing five historically significant Formula 1 cars together at the estate. 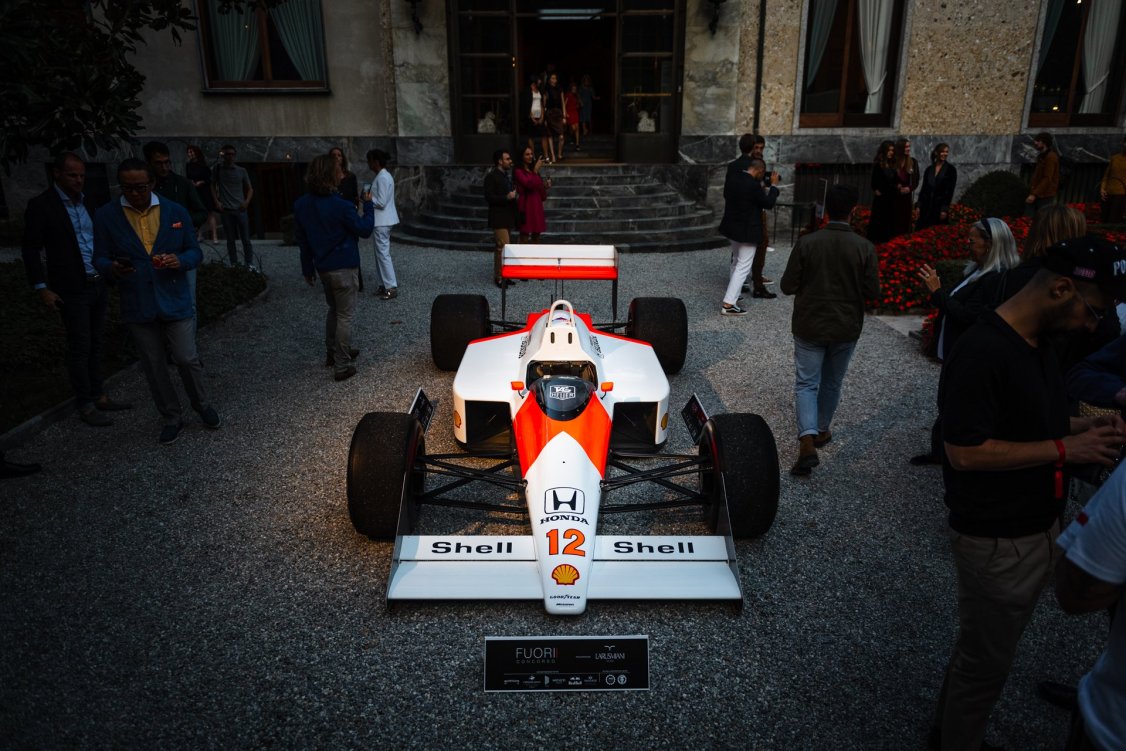 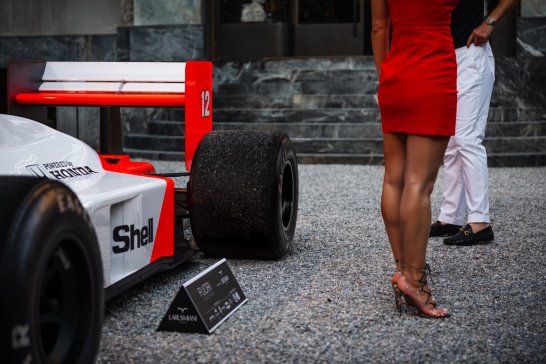 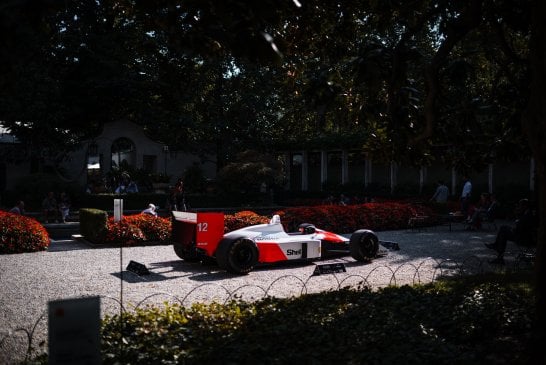 The big star of the evening was the mythical McLaren-Honda MP4/4 in which Ayrton Senna won eight races and clinched the championship in 1988. The MP4/4 won 15 of the 16 races that year, a 93.8 percent success rate that makes it the winningest Formula 1 car ever built. 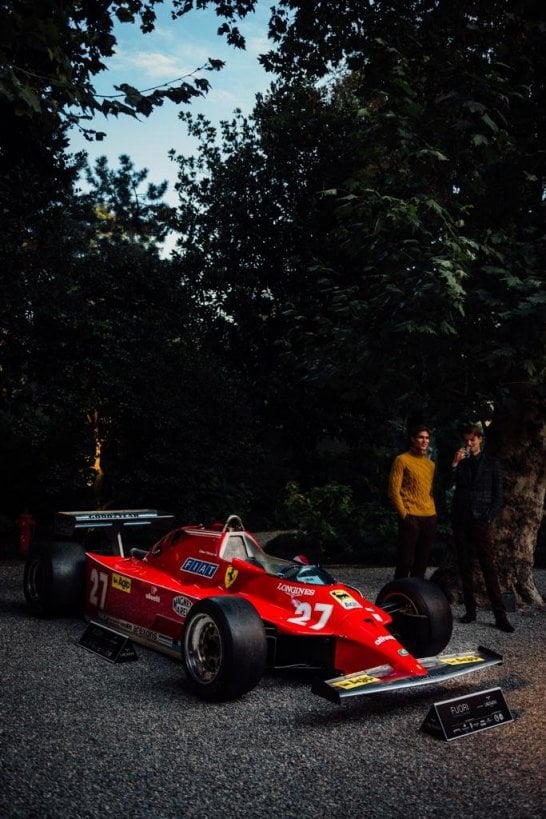 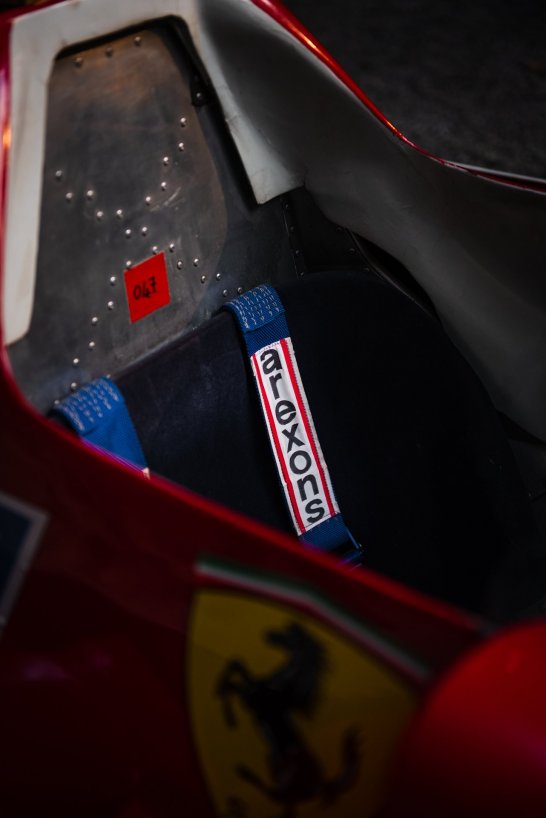 The Swiss team from Kessel Racing in Lugano brought two exciting cars to Milan: The first being a beautifully purist Ferrari 126 that was driven by Gilles Villeneuve during the 1981 season. Less well known but by no means less interesting was the British Ensign, immaculately prepared by Ronnie Kessel and his team. The car was piloted by Clay Regazzoni in 1977 following his departure from Ferrari. 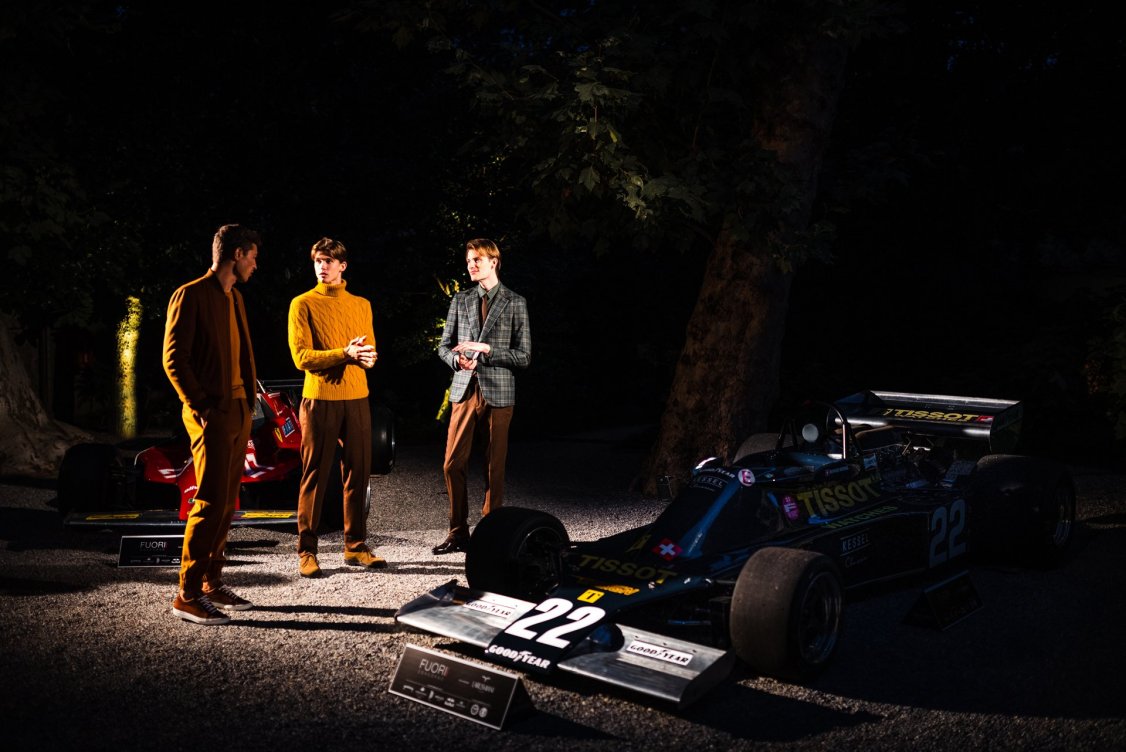 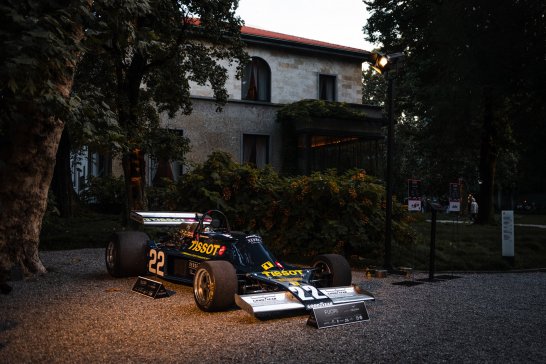 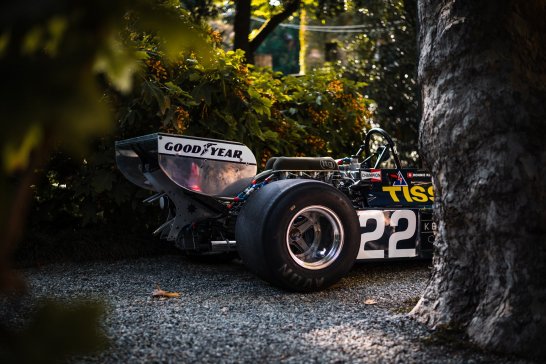 While the second Fuori Concorso took place in the heart of Milan, the cocktail party was of course a tribute to the legendary Monza circuit. And naturally, a winning Italian car was a must. It came in the form of an Alfa Romeo P3, which was developed by the famous engineer Vittorio Jano in the 1930s – right around when Portaluppi was planning and building the Villa Necchi Campiglio. 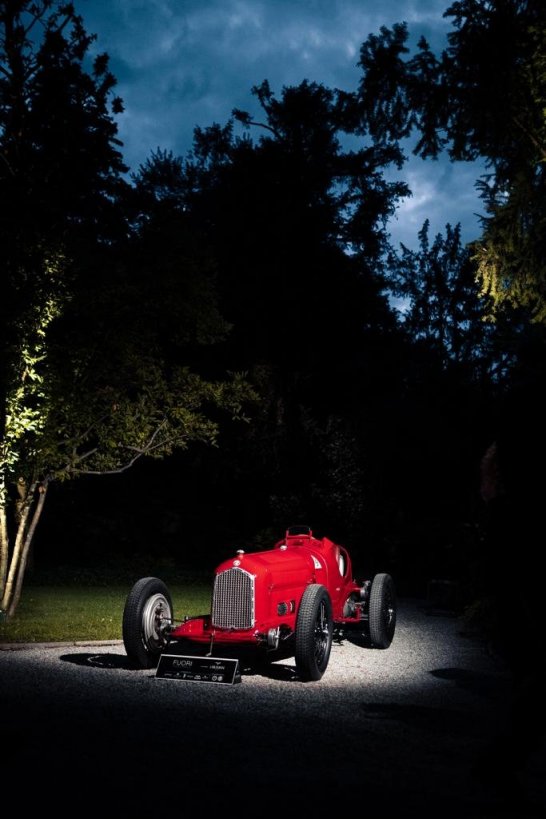 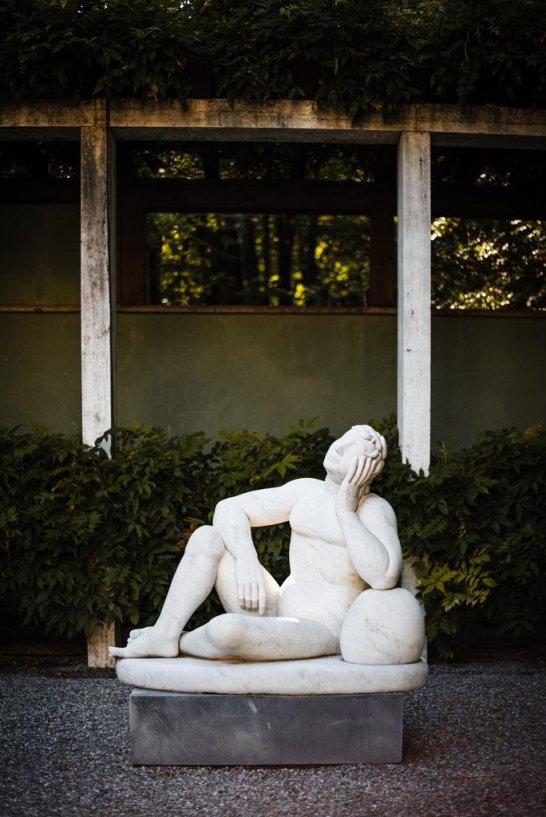 Driving the deep red monoposto that sat proud in the garden of the villa, Tazio Nuvolari fended off world-class drivers including Rudolf Caracciola, Louis Chiron and René Dreyfus to win the Italian Grand Prix in June of 1932. The drastic evolution in technology in the time since then was evident just a few paces away in the Torro Rosso from the 2008 season. Compared to the simple Alfa, it looked like a spaceship. 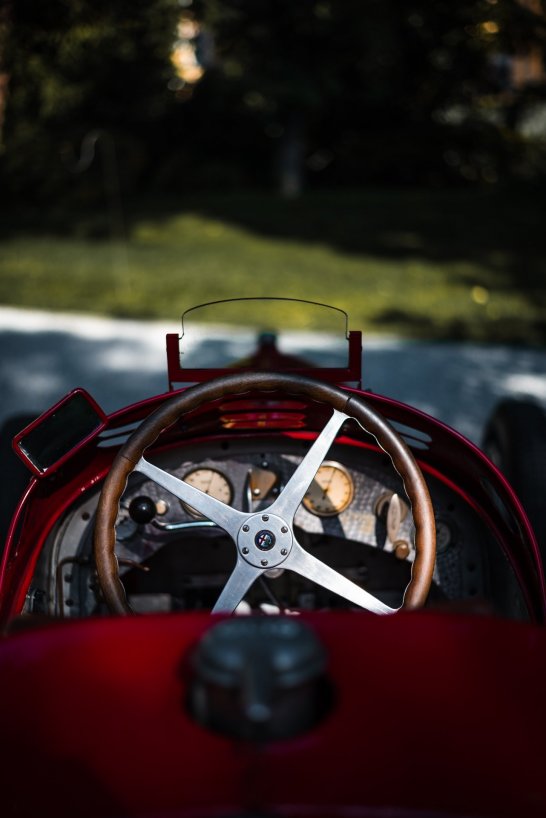 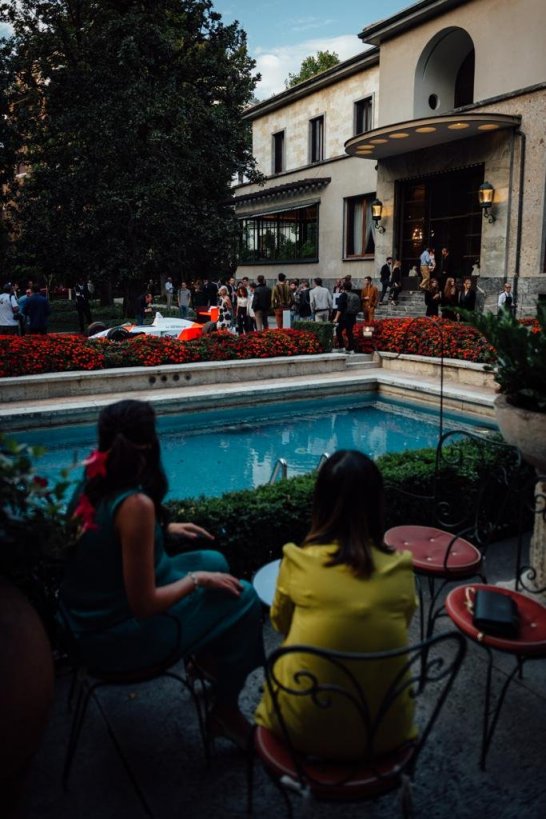 And so, on the late summer’s evening, former Formula 1 drivers and officials mingled with current protagonists of the motorsport circus and representatives of Milan’s jet set and admired the breathtaking machines of former racing heroes. The fact that the big showdown between Ferrari and Mercedes’ Silver Arrows was due to take place the next day didn’t deter guests from enjoying the party into the early hours. Senna, Regazzoni and Nuvolari would have loved it.