The tweaked concept, which merges artwork by UAE-based female artist Rabab Tantawy with McLaren's traditional papaya and blue colours, will run for the first time in Friday practice at the Yas Marina circuit.

The new colours were revealed at a special event in Abu Dhabi on Tuesday night, and are the result of a Driven by Change campaign that Vuse has embarked on with McLaren.

Vuse wants to give a platform to up-and-coming artists aged over 25 who have not received the worldwide recognition for their work that they deserve.

Tantawy's artwork was conceived in collaboration with automotive media designer Davide Virdis, and she is the first female artist in the Middle East to have designed a bespoke F1 livery.

Speaking about the livery changes, Claire Cronin, Chief Marketing Officer of McLaren, said: "We are excited to bring the art and motorsport worlds together in a ground-breaking way, by sporting Rabab Tantawy's artwork on our race cars at the Abu Dhabi Grand Prix.

"Together with Vuse, Driven by Change is a unique opportunity to use our global stage to support rising talent, giving undiscovered creatives the platform they deserve.

"Rabab's art is inspiring, and we are proud to take her papaya-influenced creation racing this weekend."

The change of livery for McLaren in Abu Dhabi comes after the huge success of the team running in Gulf colours at the Monaco Grand Prix. 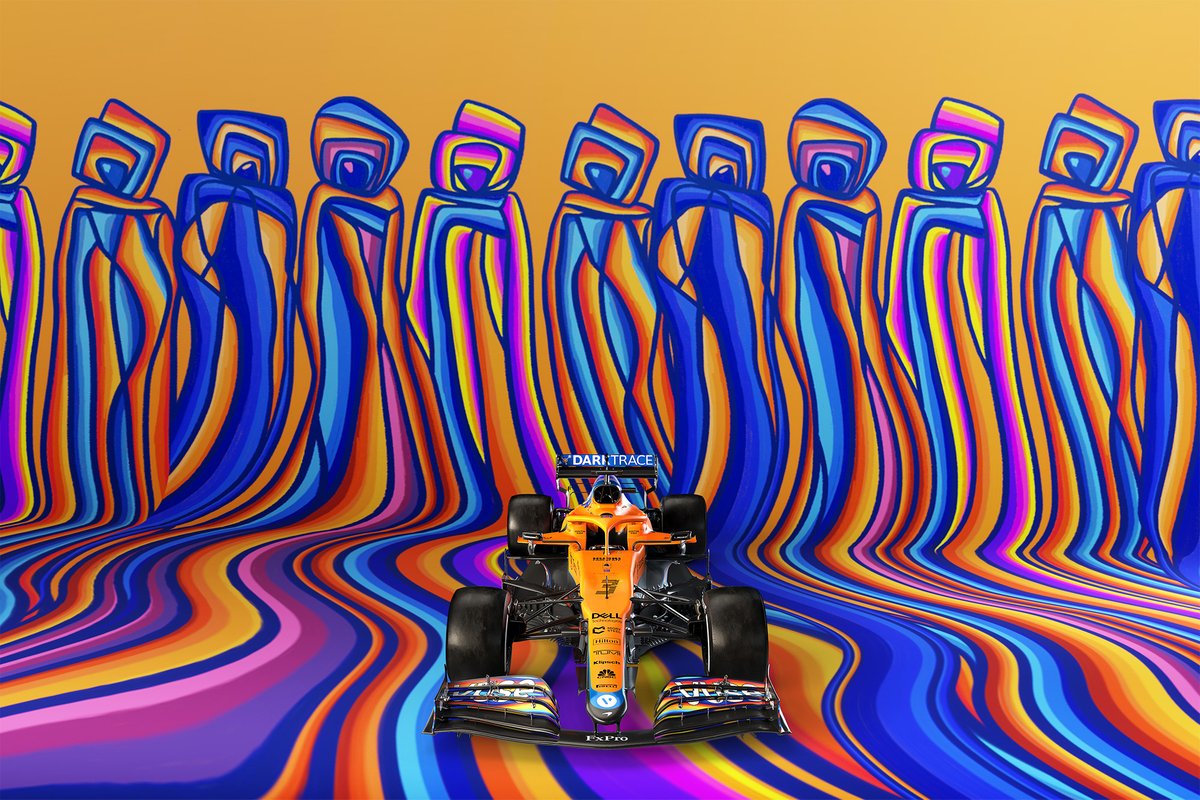