Almost every classic car fan would want to own one of Ford's legendary GT40s - but with so few built owning one is a pipe dream for many. ChromeCars' 1967 Ford GT 40 MKIII recreation could be your chance to turn that dream into a reality. 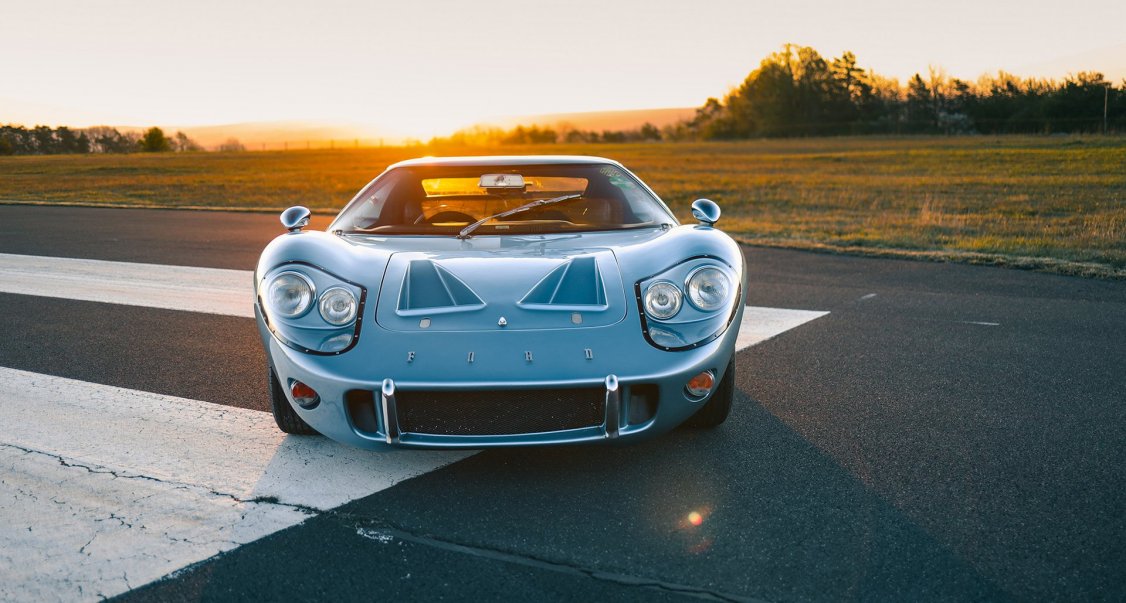 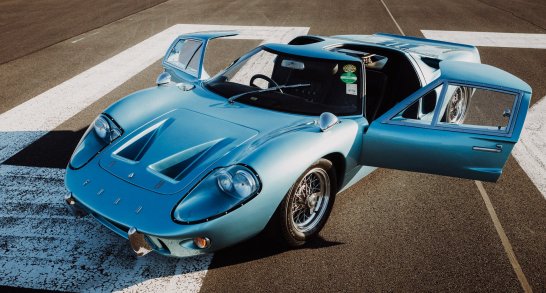 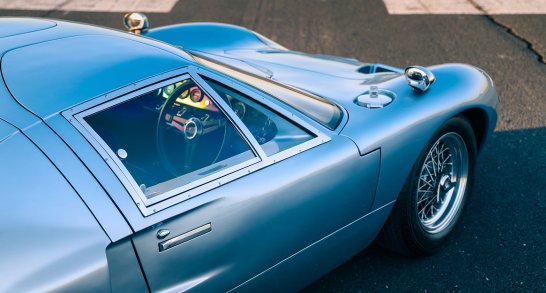 Just 107  Ford GT 40s were built, and with prices falling anywhere between one and 10 million dollars depending on provenance, race history, originality, and model, it's a given that membership of the GT40 club is available to the few rather than to the many. Which is why this superb MKIII recreation on offer with Germany's 'automotive archaeologists' ChromeCars might hold considerable appeal. Of the four GT40 'marks' produced under the auspices of Ford during the 1960s (the MK V 'continuation' models being created from 1980 on by Safir Engineering), perhaps the rarest are the MKIII road cars, of which just seven were made. 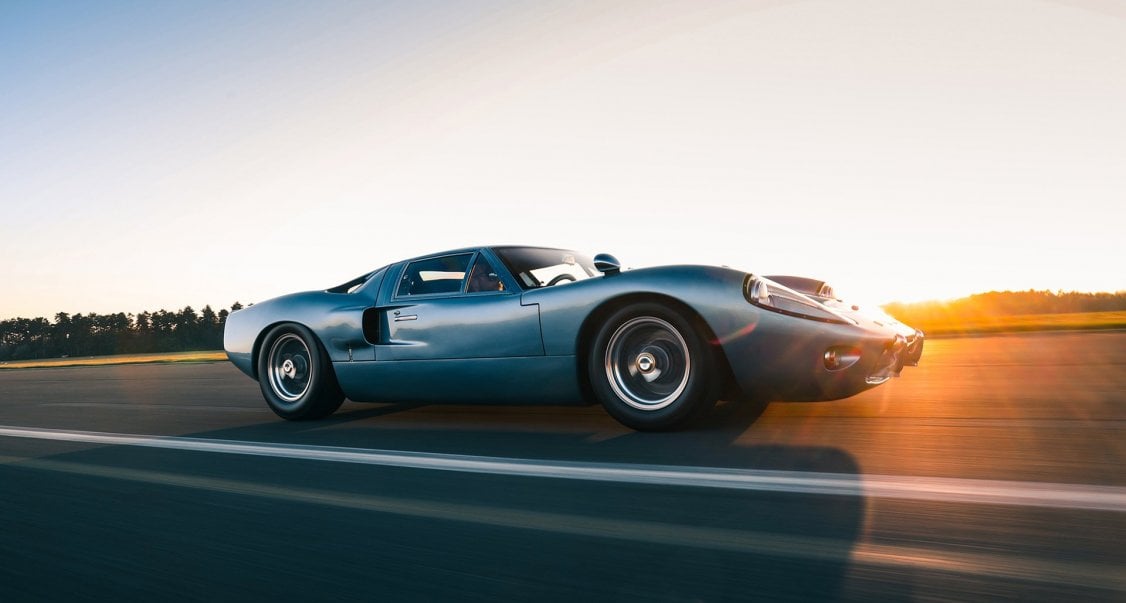 In a July 1968 issue of CAR magazine, as official GT40 production slowed from a trickle to a drip, road tester Nick Brittan described, in less than glowing terms, his experience behind the wheel of a MK1 that had been adapted for road use. It  "....stuck to the road like porridge to a blanket" and "drew more stares than a nun with her knickers in her hand," he opined. 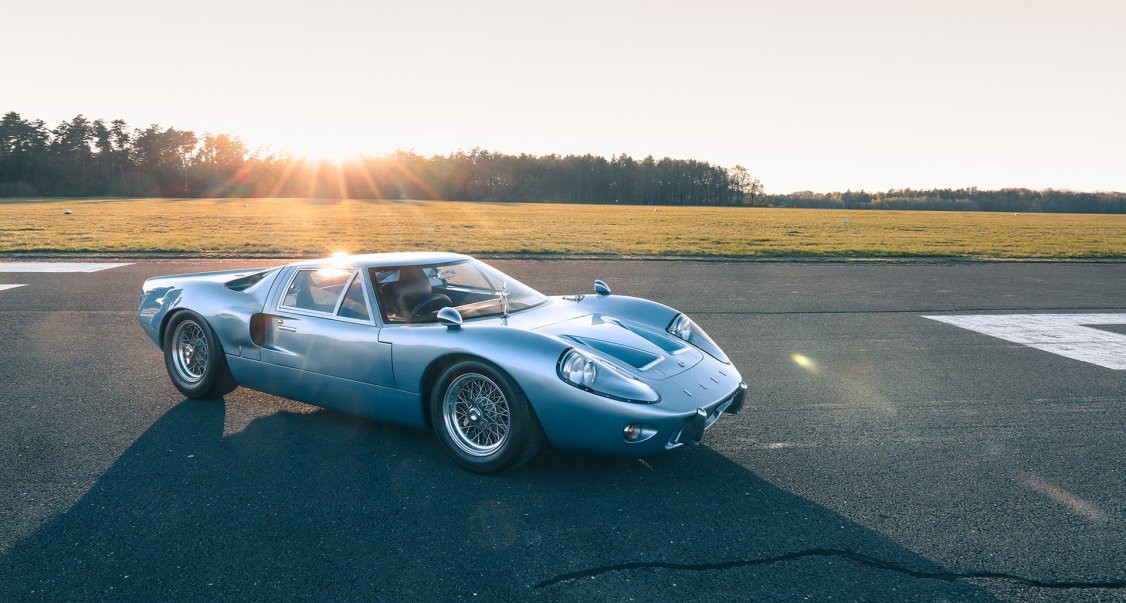 But then added that it '...cost more than the likes of you and me would care to pay for a house... yet underneath its Le Mans-proved body, this £6000 car was a cheap-jack load of junk' with 'phoney leather trim' attached by 'great smears of adhesive' and 'vast expanses of fascia that had been painted matt black.... with a loo brush, by the look of it..." 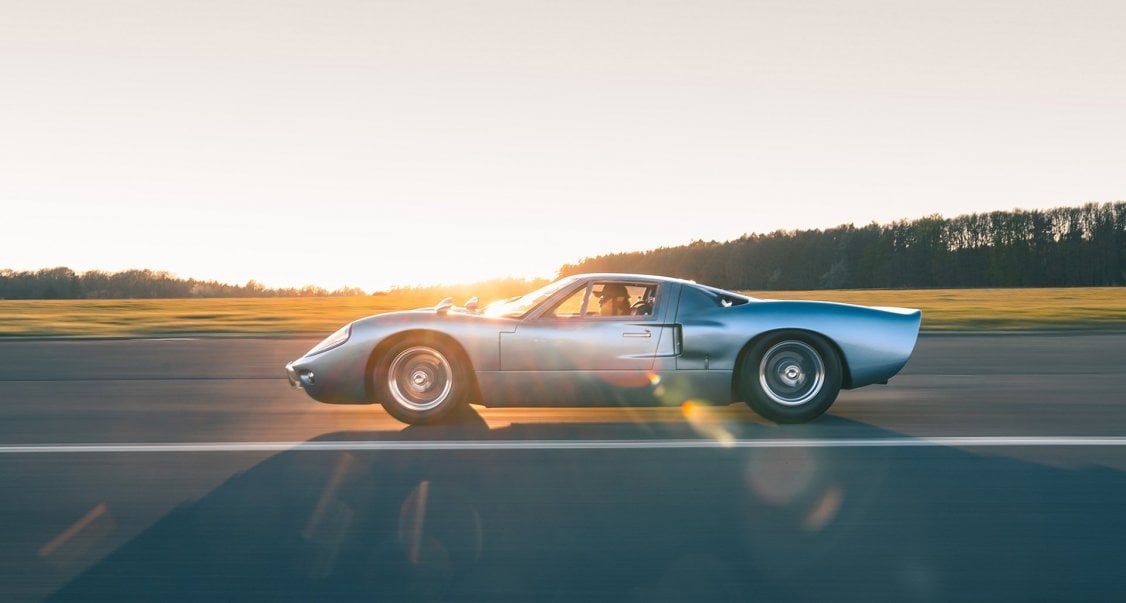 Had he been driving a MKIII, however, his opinion might have been different. Quickly identifiable by its quad headlamps, it had a bigger rear body to provide space for luggage ( 'If you're thinking about a dirty weekend in it, pop a tooth brush into your top pocket and send all other luggage ahead,' said Brittan of the MK1) while a softer, more roadable 4.7 litre engine producing 306bhp was used in place of the 4.9 or seven-litre lumps fitted to most race cars. 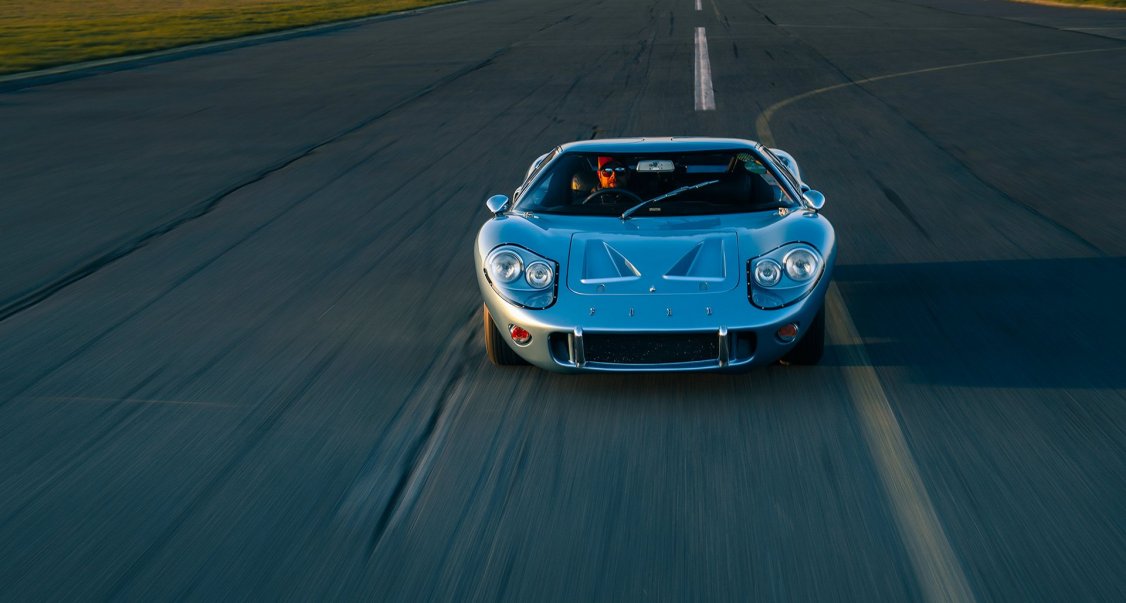 Also softer was the suspension and, to make daily use easier and to enable the option of left or right-hand drive, the gear lever was re-positioned between the seats instead of being between the driver and driver's door. There was also more crash protection, greater ground clearance and a properly trimmed interior that, just to reinforce that this really was a road car, included a fitted ashtray. 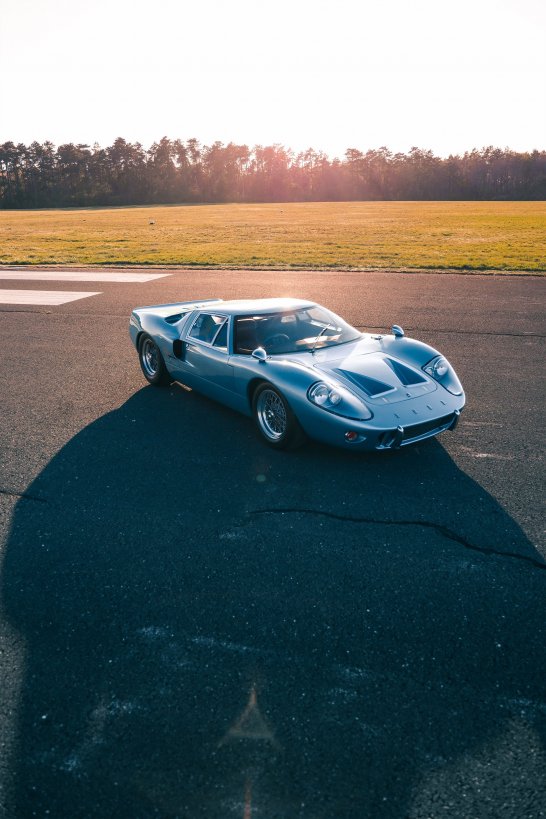 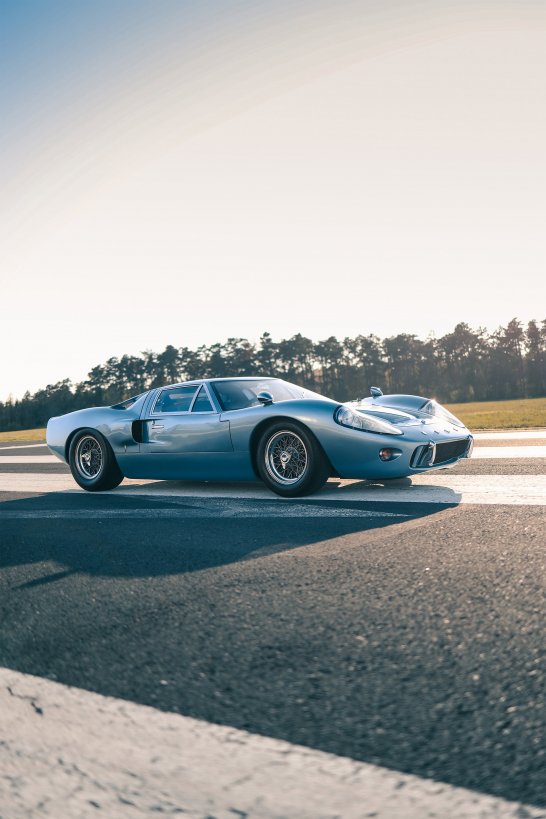 For many drivers, such 'refinements' took the GT40 too far away from its race car roots, meaning some preferred to have one of the MK1s which were adapted by John Wyer's JW Automotive Engineering (the successor to Ford Advance Vehicles) such as the example Brittan drove. But, in reality the MKIII was still somewhat 'raw' and, of course, remained decidedly expensive - meaning a mere three were sold to private owners, with the other four being kept by Ford for promotional use. 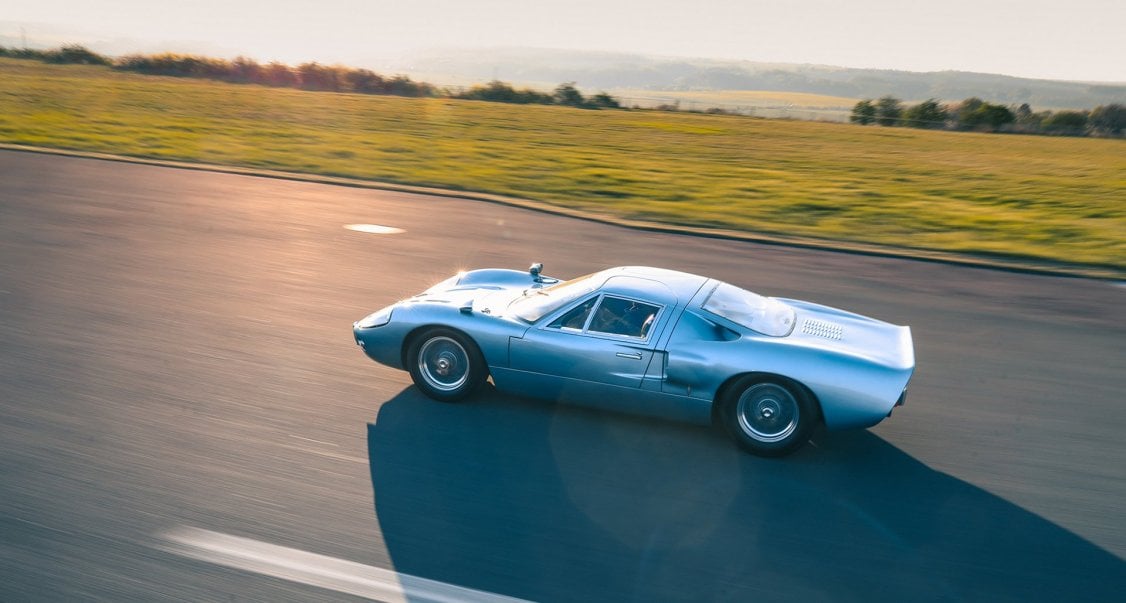 Undoubtedly the best known of those three buyers was Austrian Herbert von Karajan, the principal conductor of the Berlin Philharmonic orchestra for a remarkable 34 years and once reckoned to be the top-selling classical music recording artist of all time, with an estimated 200 million record sales to his name. With von Karajan's fame came the wealth that enabled him to indulge a passion for racing yachts, private aircraft and, of course, high-performance automobiles, his stable of which included Ferraris, Porsches, a Mercedes 300SL 'Gullwing' and a BMW 328. 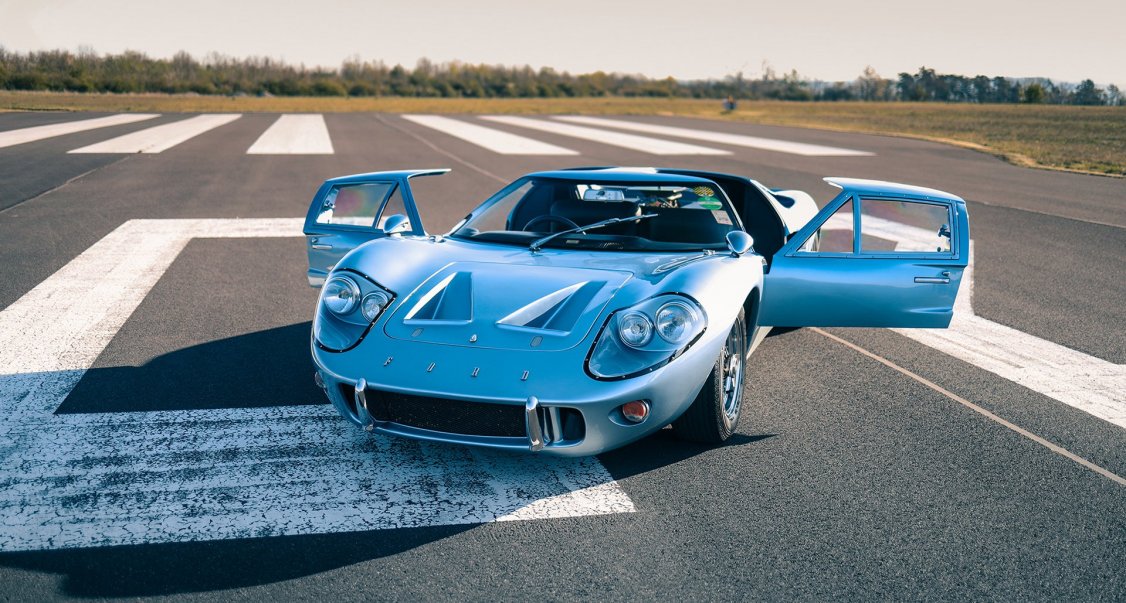 von Karajan ordered his GT40 MKIII in June 1968, not long after celebrating his 60th birthday. Again, John Wyer supplied the car from his eponymous engineering works in Slough, 25 miles west of London, with the metallic 'ice blue' paintwork, black interior and left-hand steering wheel specified by the Austrian, who took it home and proceeded to clock-up around 5,000 miles in it during the next five years. 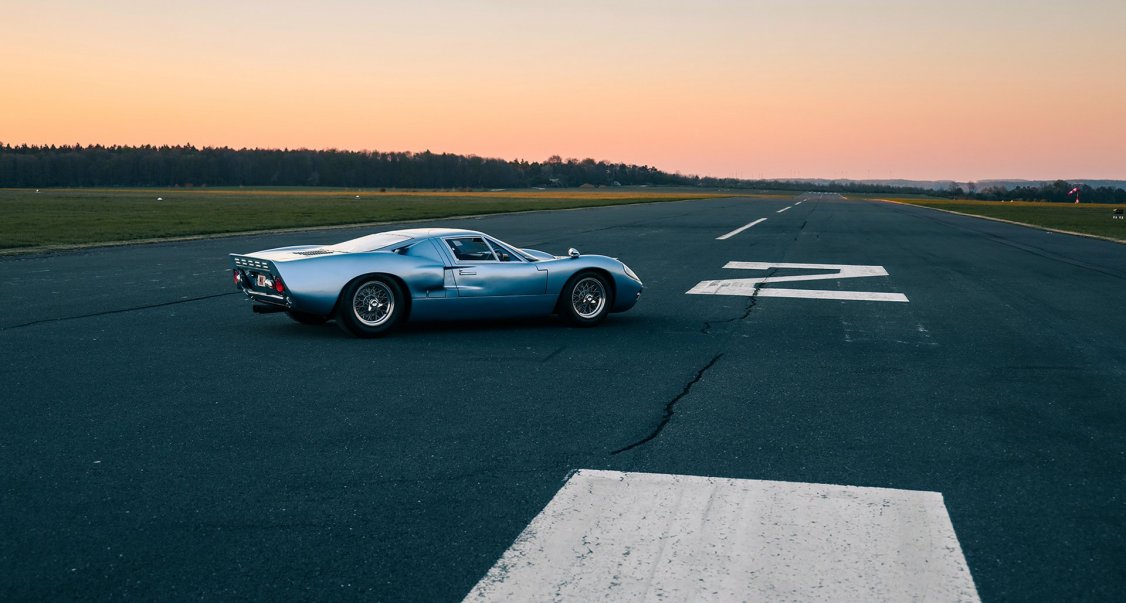 Subsequently repatriated to the UK where it had two further owners, the car was shipped to America in 1976 before, two years later, being acquired by enthusiast Charles Kalko who kept it for 24 years. It was then sold through a Barret-Jackson auction for $324,500 to the Petersen Automotive Museum in Los Angeles, and remains on display there to this day. Anyone who has seen the car is very likely to have coveted it, but the chances of ever being able to own it are negligible, to say the least. 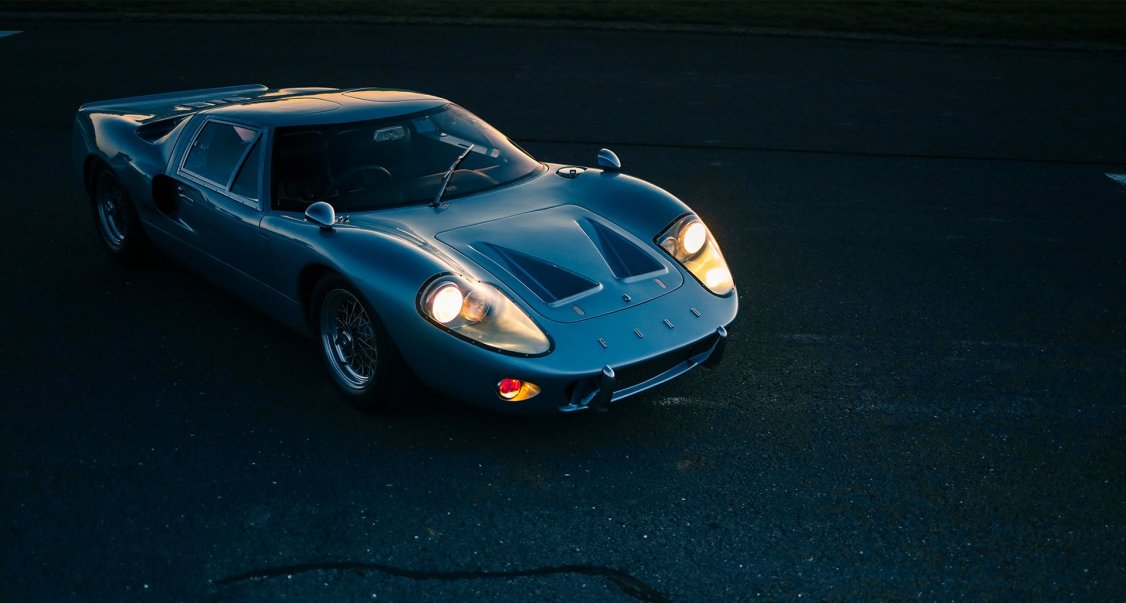 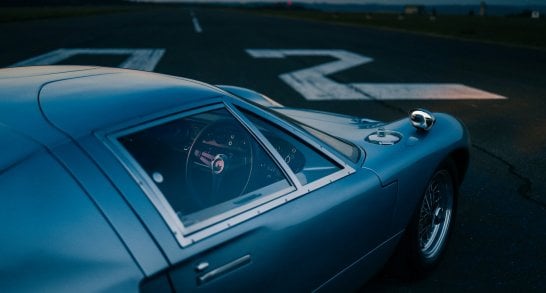 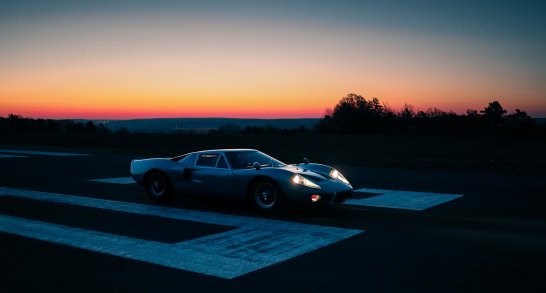 The next best thing, however, is surely the ChromeCars' recreation that really is as close as it gets to the real thing. It evolved from one of the bodies made by former Ford Plant Swansea senior production engineer Ken Atwell, who was sanctioned by the 'blue oval' itself to produce pinpoint accurate moulds from one of the company's own MKIII cars that it had tasked Atwell with restoring in 1982 after it was damaged in a filming accident. Atwell, who died in 2017, became famous in the GT40 world for the superb quality of his  'KVA' replica bodies - a reputation that the ChromeCars offering ably upholds. 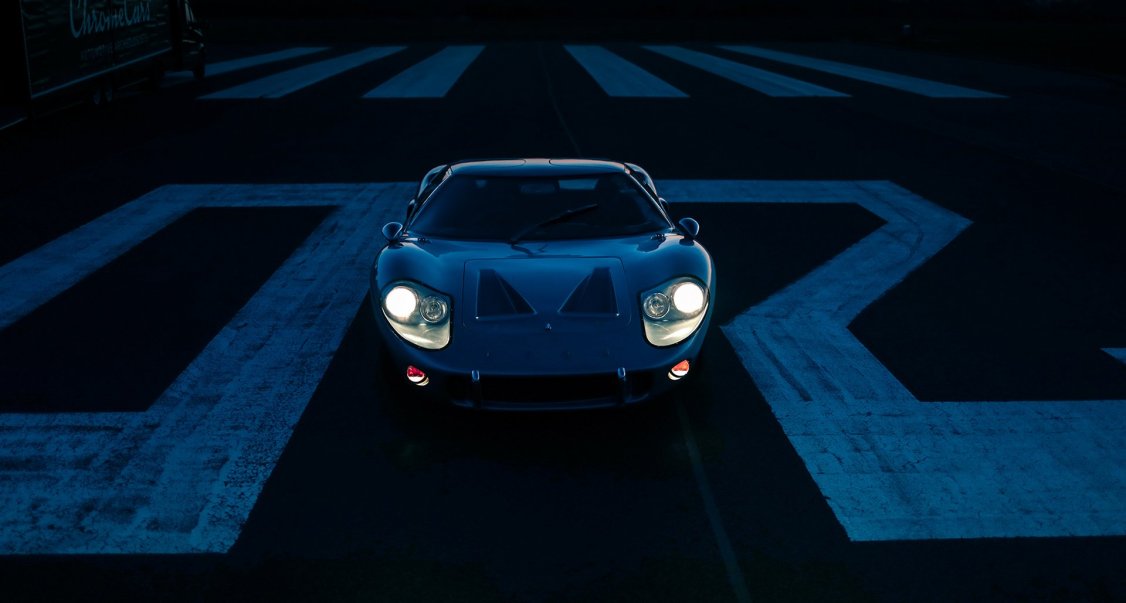 The car was commissioned from  John Arnold of Revival Motorsport to be a carbon copy of von Karajan's MKIII, albeit with a more powerful, 5.7 litre Cleveland V8 tuned by Oselli engineering to produce 350bhp and with more modern, upgraded suspension that eliminates the body shake and rattle for which original GT40s were infamous. Other than that, the recreation is almost obsessively accurate as a result of the original owner measuring and photographing the von Karajan car in the U.S. in order to get every detail correct. 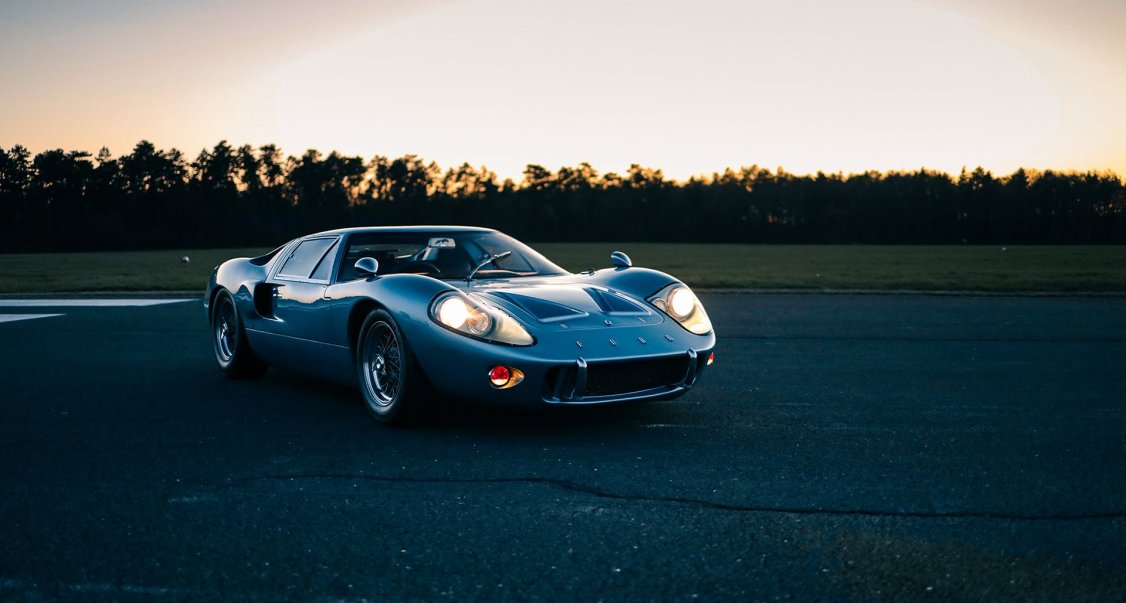 That means the right Marchal headlamps, the same clocks, switches, seats and seat belts as fitted by Ford; remanufactured over-riders correctly modified from Ford Anglia items, just like the originals, and brass-framed side windows that had to be made from scratch at huge expense. Even the catches for the engine cover were sourced from a BAC 1-11 aircraft, exactly as those of the 1960s cars had been. So while it's often said that the original is always the best -  in this case, we're not so sure...